How Do you Stop Excessive Barking?

Aww… the peaceful quiet of a lovely long weekend… but, it is suddenly disturbed by the loud barking of our dogs. As soon as we shoo them outside, the neighbors start giving us dirty looks over the fence. But, fear not, as they will have to complain about the entire city block. Once our animals start their serenade, all the other canines around the area return an operetta of barking that goes on incessantly. It would actually be quite funny, if it wasn’t so frequent. We all know some barking dogs that can ruin an otherwise peaceful day or fun outing.

A Barking dog can ruin an otherwise peaceful day or fun outing. Have you ever wondered why dogs bark? Barking is how dogs communicate and   is important to their well being. In fact, its not all bad, as some people purchase their pets for security. Barking can alert the owner to important issues such as a fire in the kitchen or  intruders in the garage.

Its when barking becomes excessive that it can present a real problem. This article will examine why dogs bark to excess and share strategies to effectively control it.

A dog tends to communicate to humans in 2 ways:

a) Body Language or

b) Barking and making noises.

If you learn to read his body language, you might guess what he wants before he becomes more vocal. If that doesn’t work, their behaviour can escalate into a loud bark or cry.  So barking is one means for our dogs to get our attention.

I own a Papillon, which rightfully is called ” a Yappy Pappy”. The breeds evolution came from guarding  the Royal Courts in France and Belgium. With their phenomenal sense of hearing, they would bark to warn that intruders were approaching their palaces. So, before you purchase a dog, check out what they were bred to do. At the end of the article, I list  dogs that have a tendency to bark and another list of canines that rarely bark. This should help you  choose your breed of pet, if you have a strong preference for quiet animals. Its hard to fight genetic predispositions.

We also had 2 Yorkies who constantly barked so loud that the glass windows would shake! I wish that I had checked out that list before, as they are one of the most likely canines on the noise level list.

Bowser , the Yorkshire Terrior, barked incessantly until I played ball with him… which explains why I developed tendonitis after an 8 hour game of ball toss! Bernie  was very jealous of the other dogs and would bark if I paid attention to them.

Our current boarder is a Yorkie/Bijon cross that barks at the TV, especially if there is another animal on the screen.

All our dogs loved chasing the squirrels in the backyard. I think their barks were to cajole the squirrel that it was about to become their meal. Ironically, it just warned the squirrel to run up the tree to safety.

Some Common Reasons that Dogs Bark:

Barking is how dogs communicate both with other canines and their owners. They also use it to alert others to perceived dangers:

We have used many techniques, devices and training to get the barking under control.

Here are 8 Strategies to stop your dog from barking excessively:

1) The animal is defending its territory:

Dogs will bark at passerby’s and other animals to defend their territory. This is natural, but can cause problems if they wont stop barking when there is no reasonable threat. To prevent this behavior, your dog needs to become comfortable around others nearby and should feel secure in their home.  Accomplish this by providing opportunities for socialization for your pet. Take the dog for walks and get him used to seeing other dogs and people near his yard. Provide rewards when you catch the dog being quiet around oncoming strangers. Have play dates for Rover to let me interact more frequently with other dogs.

Stop reacting nervously when people are near your property. Animals pick up on your moods and will become anxious if you feel that way. If you are not concerned, then the dog should not be  concerned. Providing leadership lets the animal know that you are in charge and its not their job to chase away intruders.

A Pro tip is to leave the TV or Radio on when you leave the house so the dog does not hear every outside bump or street noise. If you have a security camera, you can check in to see if the dog barks when you are away from the home.  Train your dog to be in a crate when you leave. If they are used to the protection of a crate, they tend to feel more secure and will keep quiet.

2) Dogs barking when someone is at the door :

This could be a territorial bark, to warn a nearby animal to stay away, or an excited bark because there’s a person he wants to greet.

Putting the dog on leash, have one person outside the door ringing the doorbell. The other person should hold the leash on the inside of the door. Reward the dog for a quiet sit behavior and then open the door. Give rewards and praise for quiet behavior when he greets the visitor.You have to consistently repeat waiting for the quiet behavior to reward the animal and break the excited barking habit. 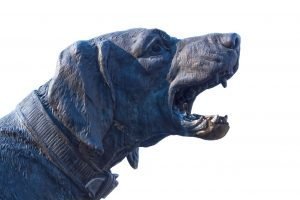 The animal has to learn to accommodate to with some situations or noises they don’t enjoy without barking incessantly.Desensitization to loud sounds such as vacuum cleaner noises. Turn them on a few times a day so the animal gets accustomed to the noise.Turn on the vacuum for short spurts of time.  Reward the dog with a treat for not barking.Another technique is to remove the dog from the room when you are using the vacuum cleaner.

We had a young dog that would bark every time we opened the bedroom door. She was reacting to the sudden change in her environment.Knock on the door before entering or give the animal a warning that you are entering.

4) Strangers or people who look strange:

Some situations will make the dog scared, such as people in costumes or uniforms. 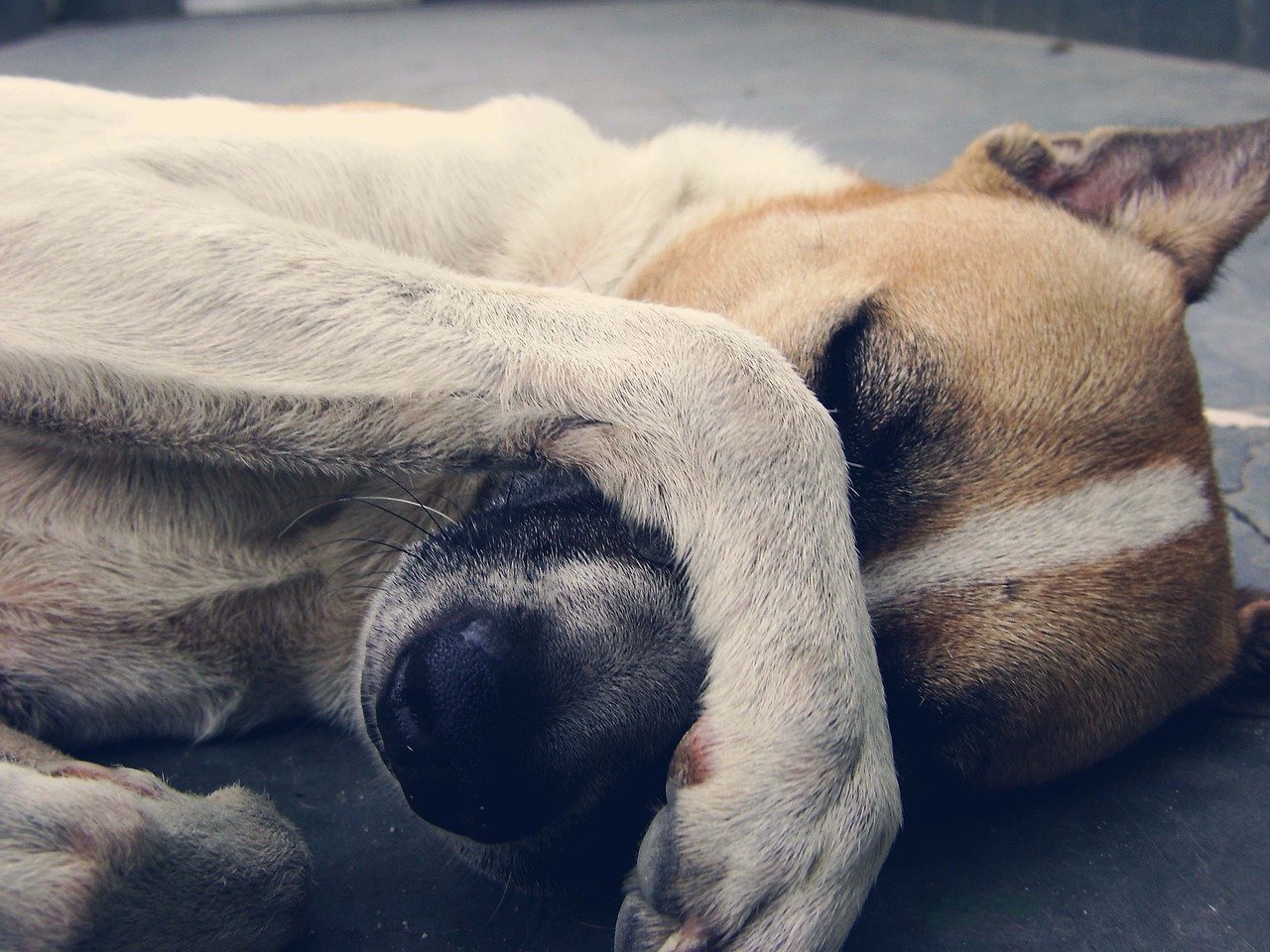 A common cause of barking is if your dog wants to get to something but can’t. If the dog wants a toy, provide him with one in the crate or his mat. Find out what is frustrating the dog and provide a replacement. Train the dog to wait for the item he wants for short spurts of time. Then, give him a reward such as a treat or playtime. Keep extending the time that he waits. Also, reward the dog for quiet behavior while waiting in his crate or mat. Then take him out and give praise and reward.

Your dog must be getting some sort of reward for barking behavior. Often, it gets him attention. Turn this around by giving him praise and attention and treats when you catch him being silent, particularly if he is presented with a barking trigger.

My Papillon is quite reactive to larger animals. When he barks ,he is telling  the bigger dogs that he wants them to take off.  This has been a dangerous reaction, as he is a toy breed. He actually went up to a Great Dane and barked in his face. The resultant swat of his paw thrusted this 8 pound ball of fur across the room!  Keep your dog from barking whenever it feels reactionary. Keep your dog at a distance from oncoming animals and strangers. Don’t allow your pet to approach oncoming people or dogs in a straight line. This is an unnatural approach for animals, as they are wary of predators. Take a curved or circular approach around on comers, taking a wide berth. Another approach is to turn the dog around who is on leash and walk in another direction til they no longer see whatever they are reacting to. If you cant avoid an oncoming approach, stop and turn your dog sideways, facing perpendicular to the approaching dog. Give your dog the stay or wait command. This is a more relaxing stance and will likely curb the dogs urge to bark.

Reactionary dogs, who get easily excited and start to bark at stimuli need calm leaders. You might believe that picking up your dog will relax them and stop barking at another animal or person. Unless it is outright dangerous for your dog, do not pick him up.  In the animal world, parents only pick up their young when it is dangerous. This actually signals to your pet that they are in danger and have the right to bark. Instead, have your dog on leash and block his view of the oncoming stimuli. If he continues to bark, command him to lie down or roll over on his back.  Then, give him a NO or a command that you are not liking his behavior. Act calm and confident so he respects you as a leader.

Tire out your reactionary dog with lots of exercise. A tired dog is unlikely to go into a barking tirade. 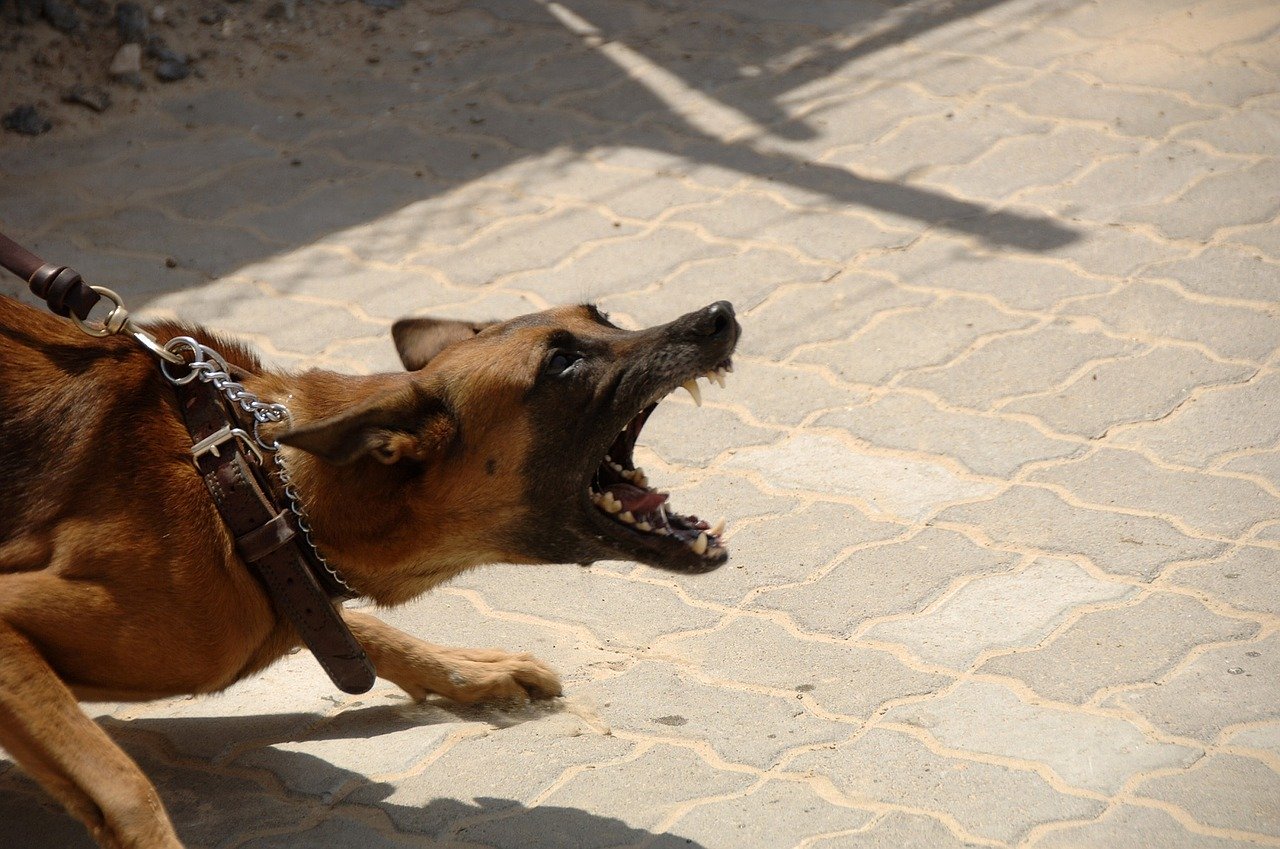 Your dog could be hungry, thirsty, sick or cold and is trying to alert you to this condition. The solution to stop this type of barking is to satisfy the dog’s physical need. If your dogs water dish is dry, its an obvious solution to the issue. Not all situations are clear and take some detective work.  Many dogs do not show symptoms of being ill. You may have to dig a bit deeper to see that they have some medical problem.

Some dogs are genetically predisposed to barking. Originally, domesticated dogs were bred to do a specific type of job. This could be herding,  hunting, tracking, retrieval, companionship, fighting and guarding. If you own a guard dog, such as a german shepard, its likely going to bark to alert you of predators nearby. If you have thin walls and neighbors that demand quiet enjoyment of their property, please take the time to consider how noisy a prospective pet may be.

Shopping around for a quiet dog?

These Are the Dog Breeds That Rarely  Bark:

Looking for a louder dog for security?

These are Dog Breeds that Bark Frequently: